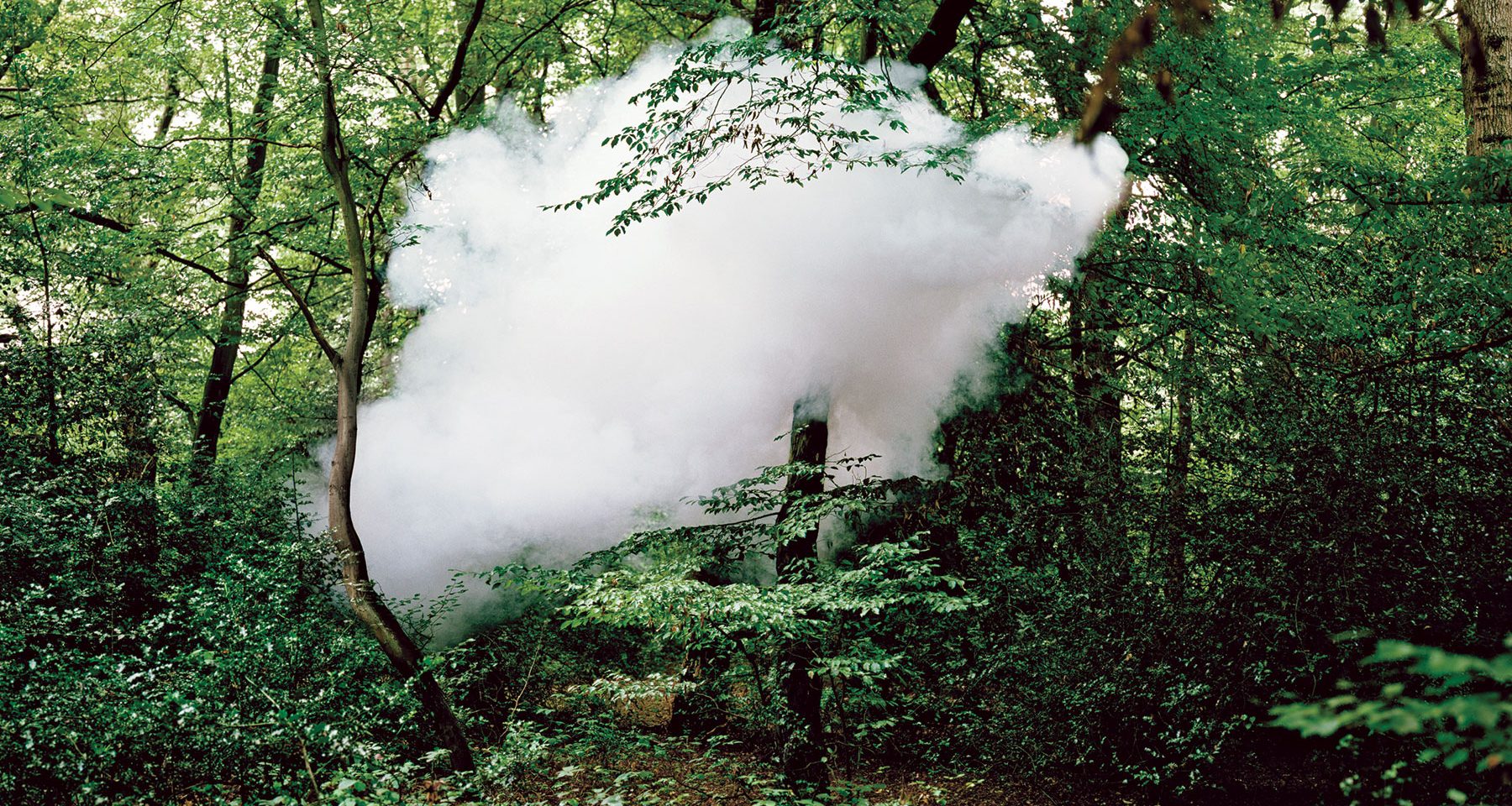 The still life can no longer be clearly distinguished as a genre in contemporary photography; the boundaries have dissolved and such forms of categorization have long lost their relevance. Yet in a number of Axel Antas’s photographs so many characteristics of the still life tradition come together that one is more or less compelled to take them into consideration.

The dead bird on a wooden board (Still Life, 2008) brings to mind similar images in the Baroque still lifes of Jean Baptiste Oudry, for example. The board, hanging in mid air on thin threads, seems rather a coarse pedestal for the little bird that is “laid out in state”, and stands in obvious contrast to its fragile body. The suspension of the board against the white background at once dissolves its weight as a “pedestal” and shifts the image into an ambivalent space between naturalistic representation and metaphorical hyperbole. The bird, usually associated with lightness and flight, is shown here stiffened into sculptural volume.

The butterfly is another classical motif in Baroque still life painting, used to symbolise the human soul, transformation and resurrection. It is also often used in still lifes of flowers and fruit to demonstrate painterly mastery of the trompe l’oeil effect (the flowers look so real that insects settle on the canvas). The butterfly images in Axel Antas’s diptych Still Life (2007) seem highly artificial by comparison. Each photograph shows a pile of dead butterflies set against a neutral white background of the sort used in studio and advertising photography, and which was established in contemporary photographic art by Jean-Luc Moulènes “Products” series at the latest. Strangely the insects here seem less like creatures than raw material, reduced to texture, pattern and colour. The neat separation according to species (cabbage whites in one, red admirals in the other) and the sheer mass of them suggests a laboratory experiment. Indeed, in preparation for the works Antas kept the insects in his studio for weeks on end as they progressed from caterpillars to pupae to butterflies and eventually died. In this respect the piles of delicate bodies in the two photographs represent full cycles of becoming and decay.

As in numerous other works by the artist they are ephemeral sculptures made of highly fragile material. These “sculptures”, which Antas often creates in remote places, exist for the viewer solely in photographic representation. To define them all as sculptures may seem peculiar because a number of photographs feature the artist himself (Obstructed Views),others show artificially created clouds (Cloud Formations), and others (Structure for Birds), show roughly constructed bird boxes on mountain tops. But one cannot categorize them as might be expected as portrait (or even performance), landscape, or installation. The human figure appears as an extension or continuation of the tree or cliff, landscape elements are moved about at will and even the bird boxes, usually functional constructions, stand for themselves as objects and are hardly suitable for nest building.

A series of landscape photographs bears the title Shaped Views, and are hung in pairs. The artist has temporarily altered the shape of a tree top by tying ropes to various branches and pulling them to one side. In the photographs this looks like a compositional correction, something of course that could be more easily achieved digitally. But the emphasis in the work is on physical, sculptural process and the implicit effort involved in tackling the “material” or photographic model. Accordingly, the equipment used (straps and ropes) has not been retouched out of the image, but remain clearly visible. The temporal aspect of “before and after” is emphasised through the direct juxtaposition of the two photographs; we are dealing here with a conceptual intervention in the spirit of land art rather than some idealising “correction” of the landscape in an 18th century painting. What these photographs have in common with the Still Lifes is their staging and pared-down composition, which come into effect all the more clearly in the natural setting. The action takes place outside the image frame, the artist/actor is not visible in the photograph. At the same time these interventions testify to human presence in a remote place; the attempt to make oneself “felt” in the autonomous natural world. In comparison to land art, the intervention here is much more minimal; the (feigned) casualness of the action is what makes these works so special. The tree is treated like a model, made to hold a pose. This idea of nature “tamed” or mapped nature occurs in almost all of Antas’s work (see, for example, Geometry of Place), although in other series (such as Cloud Formations or Obstructed Views) the surreal effect of interventions is more pronounced. The sculptural quality of the subject is emphasized through isolation. In both the landscape photographs and the still lifes the composition of the image creates a “stage” for various productions, some more spectacular than others, some absurd.

The state of isolation is a leitmotif in Axel Antas’s work, manifesting itself in the image of a lone person in the landscape, the focus on one tree, the construction of bird boxes in places even birds would find inhospitable, or in still lifes reduced to a single object. Even the clouds are detached from their clusters and have to go it alone.